ROBERT P. SPIEGEL began studying and training in Kung Fu and other martial arts in 1972. Mr. Spiegel’s serious desire for realistic fighting and full contact led him to Isshinryu Karate under Sensei Gary Alexander in 1984, and to street self-defense Master Charles Nelson in 1987.

Mr. Spiegel studied with Charles Nelson until Charlie’s death on December 10, 2003. Mr. Spiegel also achieved the rank of 6th degree black belt with Sensei Gary Alexander. He was uniquely selected by Charles Nelson and his family to take over as Senior Instructor of the Charles Nelson Self-Defense System, as well as to instruct and certify all future Tier 1, Tier 2 and Tier 3 Instructors.

Mr. Spiegel continues to evolve and teach the Charles Nelson Self-Defense System, conducting workshops on anti-terrorism techniques, military self-defense, street fighting and self-defense in a post-COVID world. He is also a member of the International Association of Martial Arts (IAMA).

Robert Spiegel is also a respected, award-winning community advocate who has testified in Congress and the Senate multiple times on environment and justice issues for more than 30 years. Aside from his teaching, Mr. Spiegel currently works with central New Jersey families to provide outdoor educational opportunities at the last farm in Edison. Aside from the numerous awards and commendations, he has been a featured speaker on environmental civic issues and his work has been featured in several books, HBO and PBS documentaries. 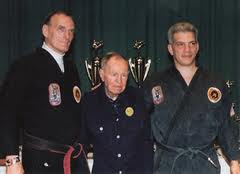 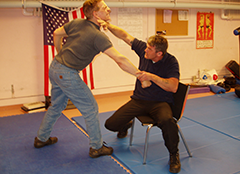 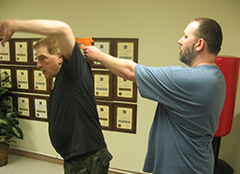